Home » Binary Options Brokers » Big changes for the start of 2017

Just a few days after the start of the year 2017 and all at once, great changes are emerging on the market. In the first few days, many binary options brokers have decided to undertake radical steps. Which ones? Find it out, in today’s article.

The very first and probably the biggest change is the following decisions of BDB or Banc de Binary broker.

Banc de Binary is closing down!

Yes, it’s not a lie. It means exactly what you think it means. 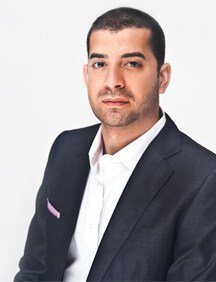 Banc de Binary, one of the biggest brokers around, operating for 7 years, founded by Oren Laurent, is closing down its operation on the binary options market and is voluntarily giving up its CySEC license. According to the market value, the company is worth $ 500 million. Well not anymore I guess. 🙂

The official statement was issued on January 9th, 2017. Since then the broker doesn´t accept any new clients. Of course, all clients with a trading account, won’t lose their money. In the meantime, until all clients are cleared, the broker will still operate and is subject to CySEC supervision, which I think will be even more complex than usually, so that the broker doesn’t steal any money from their clients.

The reason for closing down: I have heard many different reasons. It’s certain that the broker had constant legal issues on three continents and never had a good reputation among traders. On one hand, I understand that for the founder and owner of the company, it might have been too much. On the other hand, I believe that he should have given it a little fight.

According to Wikipedia, the company’s total net income for 2014 was around $100 million. One can manage a better PR with this money, right?

IQ Option offered the opportunity to create a trading robot. Everyone could create one within minutes

Warning: IQ Option has removed all trading robots from their website. It’s not possible to use the robots anymore. Since the beginning of the year 2017, there are no more robots available.

Anyway, IQ Option’s robots are part of the past now. IQ Option itself has made an official statement, I have attached the original version, below.

IQ Option Robots project has been closed down due to technical imbalance. Integrity and respect for our users REMAIN the key values for IQ Option. Starting from January 17th users will see a special page informing about it on IQ Robots domain.

Due to technical issues and the resulting problems with the platform for its users, the project IQ Robots had to be terminated after 5 months of running, with a few hundred thousand active trading robots.

Using these robots since January 17th, 2017, will no longer be possible.

My opinion: I think it’s a great shame, because the whole system of robots was very nice. But, if IQ Option servers couldn’t manage and it was one of the reasons why has the platform sometimes crashed, it’s definitely a good step. Now, hopefully, everyone will be able to trade better and faster. 🙂

On the other hand, it might be just a cover up. It is possible, that IQ Options robots were unprofitable for them – maybe someone has really invented a profitable robot and used it with others to squeeze money from IQ Option? We will never know. I’ll try to ask my favorite IQ Option’s employee. 🙂

To make matters worse, the group of my friends, dedicated to binary options, have heard of one more news. It’s not official and it’s still just a rumor, but they say that just like BDB, 24option will also be closing their company, but I don’t really want to believe it until I see an official statement.

NEW INFO 2017: The 24Option’s officials have informed me, that they do not even plan on shutting down. As far as I know, they have just hired a few new employees and opened a new CFD Trading platform.

What do you think? Let me know in the comments, below.