Home » Articles » Forex history: from the first trades up to USD 5 trillion per day

Forex history: from the first trades up to USD 5 trillion per day

Forex is a relatively young market. These days, it would celebrate its 46th birthday. Over the years, Forex has soared from nothing to today’s daily trade value exceeding 5 trillion US dollars. This is an impressive history, isn’t it? Let’s look at it in more detail and highlight the milestones of the new financial history. 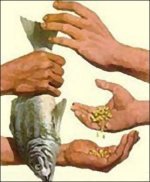 In our initial text to this “Forex trading series” I explained that Forex means an international foreign exchange market i.e. cash-free exchange of two currencies.  The cash-free form was a limitation for the Forex market because this required some inevitable technology i.e. electronics. If you talk about a cash form of forex one can say that the physical exchange of gold, currencies or any commodity has worked since ancient times.

The establishment of forex was conditioned by a certain stage of technological progress, primarily computers and the internet. In 1971, the first forex network was born and large organisations, typically central banks, commercial banks and investment institutions began to trade electronically. This enabled the establishment of the first forex market. In those days the world of currencies was subject to strict regulation due to the Bretton-Woods monetary management system leading to fixed currency rates.

The Bretton-Woods monetary system was based on a regime of fixed exchange rates. Currencies were pegged to the price of gold and the US dollar was seen as a reserve currency. Each member country had to keep the fluctuation of its currency within 1% around a pari value expressed in the US dollar. The system was adopted at the Monetary and Financial Conference in Bretton Woods (New Hampshire, USA) in 1944 and continued until its collapse in August  1971.

As you all know the principle of trading is that there must always be two sides in the market: one that sells and another one that buys. Once this balance is disturbed the exchange rate must change accordingly. With a fixed rate this principle does not work. To make things worse, in early 1970s the distrust in the US dollar was clear. Large institutions saw the Swiss franc and Deutsche mark as mmore crediblecurrencies.

This lack of balance inevitably lead to the collapse of the Bretton-Woods system. The system dissolved and the major currencies began to float against each other. The forex market started to shape up to its current form. Therefore, Forex has two birthdays: one is official (by the definition of foreign exchange market) in 1971, in the current form two years later in 1973.

Next development is associated with technologies. In 2000, it was impossible for a retail trader (i.e. a small investor like you and me) to have access to a trading platform to see prices on-line. Trades would take place on a phone and paper basis. To access a trading terminal was a privilege of large corporations.

The spread of internet, programming languages and software in general lead to the launch of retail trading platforms from 2000 to 2005. This was heavily supported by less restrictive regulatory rules enabling to use leverage.  Leverage is a topic I will explore later. Yet, some basics should be explained already. Forex markets use for trading a unit called lot, which is 100 000 units of a given currency (let’s say the US dollar). Naturally, it was too much for retail traders, so they invented leverage. In return for some small fee, you can borrow the amount of 100 000 units.

Forex market is writing history every single day. You can see the growing trading volumes. Nowadays, we are talking about a sum exceeding 5 trillion US dollars per day. What is also interesting is to watch the regulations limiting the use of leverage and other forex trading conditions. And what about you? Are you going to join? Would you like to write the new era of Forex?