You’ve been scammed by a broker. Now what do you do?

A company called “MyChargeBack” has taken the initiative to assist people internationally to recovery their funds from scam brokers. Their team is very experienced and has helped thousands of people in the fund recovery process. MyChargeBack offers a free consultation if you think you’ve been scammed. We suggest you contact them if you feel the need.

Like filing taxes or going to court, it always helps to have a professional assist you in the chargeback filing process for complicated cases.  We wanted to know what that process looked like. We interviewed (by email) someone who actually was scammed to find out what MyChargeBack was able to do for him. See below.

Can you tell us about what happened?

I saw an online ad from a binary options site on Facebook for Bnry.com and my account manager Paul Stevenson was confident that with his help we could grow the account 3x or more over the next three to six months. I told myself that’s probably an exaggeration, but even if it’s only half correct, I’d still be sure to at least double my investment in a year. My thought was that I could deposit $1,000 to begin and that’s what I did.  Paul taught me the platform quickly and I was making good trades almost immediately. We traded together for about 3 weeks and I always did some research before trading. He helped me trade and I followed his advice almost every time.

A couple of days later the agent called me back to tell me that there was a good opportunity coming regarding a farm news announcement. I was offered what he called a “risk-free trade” on it that could double my principal. I did it and we made a nice profit. My account was then up over $4,600. I decided to take out $600 in a withdrawal and it was not an issue. A few weeks later when I had more time to trade I decided to invest $10,000 and receive a 50% bonus.

Did they give you problems when requesting a withdrawal?

Everything went smoothly and I was very happy about this service in the beginning to be honest.

Did you continue trading?

I kept trading during the evenings. I knew though it was going to be difficult to put the time in that Paul wanted me to – and he said that in his experience, I should consider full time trading. If I was serious (and I can’t believe he said this to this day) I would go for it. I needed to stop though, or at least slow down. I was trading sometimes a few hours a night after work. My account ranged between $40,000 and $50,000 most of the time. And then after some weeks of discussion, I needed and then insisted to withdraw $20,000. Paul thought this wasn’t the best idea – as he had seen traders leave right at the moment of their real breakthrough. We should trade to reach $100,000 and then withdraw whatever was needed. A few times he very heated or angry and said I was wasting his time. He also said at one moment that his job was under review and that my account was helping him keep his job. I put the withdrawal on hold a few times after these conversations.

Did you believe him?

Sometimes yes and sometimes no. It felt like he was really pressuring me into doing things.

I wanted my money withdrawn at the end but he would review with me over and over again why because of the bonuses, we’d have to trade more in order to fulfill the withdrawal. Unless I could deposit another $18,000, then I could withdraw the $25,000. This calculation sounded strange, and I went over the bonus terms and conditions with him – which didn’t state this condition. There was a clause somewhere on their web site that says investors can withdraw money only if they trade X times the amount, but that number changed. We argued on the phone and his rudeness became very nasty. I utterly refused to keep trading and demanded all funds be withdrawn or I would issue a complaint with the company and Paul personally. I asked to speak to his manager, but he was “too busy” to speak to me.

When did you know you were scammed?

I didn’t know I was scammed. I then searched online for and read articles and reviews. Then I knew.  There were a number of comments posted, one of which mentioned a company called MyChargeBack. So I contacted them. They confirmed that I was scammed and “trading” on a video game of unregulated brokerage.

What was their approach?

Since I kept a good amount of the records, I would be a good candidate for a chargeback. I didn’t know what that meant at the time so they explained that it’s a reverse of a credit card transaction – but because I had signed on my deposits and sent my broker copies of my ID and credit cards – the bank would not treat this as if I had simply lost my card and someone bought a watch with it. No one needs help if someone steals your card but here I made the transaction myself. The bank needed to be clear about what happened in order for them to process the case.

Why didn’t you do the chargeback by yourself?
And why did you use MyChargeBack?

I did go to my bank and they said since it was an investment I did not qualify for a chargeback. Adam at MyChargeBack said this is a common misunderstanding at banks all over the world. He thought that unless the case is presented correctly, I could go 1,000 times to my bank and they would still reject it. The fact is this was a fake brokerage and they knew all along they were scamming me into thinking it was real. The bank didn’t know how to see it clearly. Adam thought it would be wise to use MyChargeBack if I was serious about making the best effort I could to get my money back.

To make a long story short, Adam and then Alan held my hand throughout the chargeback process. I certainly could not have done every step without them. They know the process better than the banks do, which is why they were able to convince my bank that I met all the conditions for a chargeback. Then I had to wait for the decision, but Nate did very nicely on the phone with the bank a few times when we called together. He explained every point to them thoroughly and diplomatically. The bank sent me a letter that they had decided to return my second transaction of $10,000.

What happened at the end?

After four months I received my money back in my account, $10,000 that I had invested (the first transaction of $1,000 the bank did not give back to me because too much time had expired). The money came back to my account and I paid the fee to MyChargeBack. I warmly recommend MyChargeBack to anyone in a similar position I was. I feel very stupid I got myself into this mess but I am done with it – and if this writing helps people then it’s the least I can do!

Have you lost money to a scammy broker? MyChargeBack can help.

Thanks for reading this far. I think that this company could help you recover some of the funds you might have lost because of a scammy broker such as Binatex or Zoomtrader. What this company can’t do on the other hand is help you recover funds from a legitimate broker (such as IQ Option) that you have lost because of your wrong trading predictions.

However, you can always give them a call or talk to them over their live-chat and see what can be done. They will evaluate your case for free! 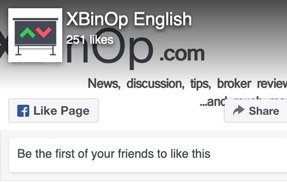