Home » Articles » How can I trust something that doesn’t exist?

How can I trust something that doesn’t exist?

By Step • Posted in Articles, Cryptocurrencies, News • No Comments 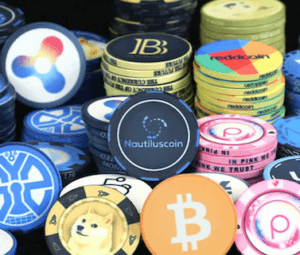 Before the very first Bitcoin London conference in 2013, a survey was carried out to gauge the spread of knowledge about the cryptocurrency, four years on from launch. Although the demographic polled might have been skewed a little towards those who were more digitally switched-on the most, i.e. generally younger, tablet-using, and interested in innovation, the knowledge penetration were an astonishingly high 69%.

However, out of that 69% of respondents with knowledge of Bitcoin, only 32% said that they trusted the cryptocurrency. We’re now four years on from that, but Bitcoin – and indeed cryptocurrencies in general – are still viewed with considerable suspicion. Despite being one of the most hotly-tipped investments of 2017 by Wall Street, and the future of investment, capital fund managers are still claiming that cryptocurrency values are “little or none beyond what people will pay for it” (Howard Marks, Oaktree Capital).

Why should you be interested in crypto? And why should you trust cryptocurrencies, particularly for trading purposes? Here’s a list of very good reasons:

Two-hundred years ago, paper banknotes were viewed with derision and suspicion – a view we’re not entirely over now, as polymer notes are introduced to make forgery harder. The historic arguments about lack of value have barely changed. However, forging computer code is next to impossible, which potentially makes Bitcoin the most trustworthy and sound ‘currency’ in the world, both for investment and day to day use.