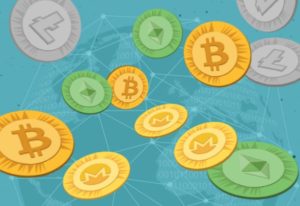 Since December 2017, the heydays of crypto-trading, cryptocurrency markets have been performing at a far lower level. In the cryptosphere, you can hear that only those who can analyze the market or are intraday traders can make money. But that’s not true!

There are several ways of allowing you to gain profit and earn a handsome amount of money despite the yield curve being bearish. This alternative is called a Masternode.

What is a Masternode?

Masternode is simply a server within a decentralized network that keeps the full copy of the blockchain as we know for example from bitcoin core in real-time. However, masternodes work differently from standard blockchain mining farms. Apart from keeping just the full blockchain, they perform several other functions. The functions differ currency by currency, but basically, they all provide the following:

The last point, treasury system is the most attractive one. Not speaking of the growth in value of the given cryptocurrency, it can provide you with a decent regular income in the form of interest paid on transactions executed in the network.

Investing in a Masternode

To be allowed to run a masternode you have to own a certain amount of coins of the given cryptocurrency that must be “locked” in your wallet. Once you transfer or spend these coins, the masternode stops working. This is an entry barrier put in place by the operators to ensure that the user doesn’t cheat or corrupt the system and the best of doing so is by putting this entry barrier where the masternode operator has something at stake in the whole game.

The entry investment for each cryptocurrency enabling the operation of a masternode differs. For example, Dash requires as the minimum 1000 coins (around 166 000 USD at the time of writing this article). A detailed list incl. ROI can be found at masternodes.online.

Return on investment also depends on:

Obviously, there are far more affordable masternodes not requiring USD 1 000.  These include our well-known ZenCash, a very promising project (on 22 August renamed into Horizen), Kalkulus, SmartCash and many others.

Unfortunately, there are also lots of scam projects, parasitizing on the idea of masternodes. The goal of such projects is to steal money from traders. They promise thousands of percent of return without any liquidity. Be cautious and make sure that each project you are about to invest in is safe and legal by visiting e.g. masternodesonline.com and searching for further information over the internet.

How to activate a Masternode

Along with the above-mentioned number of coins, you must take care of the running of the Masternode. A masternode can run on a dedicated computer with a software wallet with blockchain. The computer must be on for 24 hours a day, 365 days a year. Or, you can choose a simpler alternative, a VPS (virtual private server) available from as little as USD 5 per month. As a next step,  install your (Linux-based) crypto wallet and activate the masternode as described in a guide available at the crypto’s website.

Let’s explain this on the above-mentioned ZenCash (Horizen). By the way, you can buy it online from Binance and hold in your easily downloadable Arizen wallet. You can choose either Secure Node conditioned by holding 42 ZEN and Super Node requiring the minimum of 500 ZEN.

The reward for the holder of a Secure Node is 10% of the total reward per mined block. The reward for the Super Node holder is the same, 10%. The only difference is the quantity. While the community using Super Nodes accounts for only a tenth of the Secure Node users, the reward is about ten times bigger. The guide for activating the nodes is available here.

Mining and running of  masternodes are two different activities even though from the outside they might look similar. Both require from the user to have a computer turned on nonstop. And both activities are rewarded. The difference is in the type of work the miner and masternode do. Most cryptos don’t even have any masternodes.

The reward in the form of coins for the work in which both the miners and operators cooperate is shared by both parties.

Like all things in the world, even masternodes bear certain risks:

Masternodes represent a type of investment that will pay off in the long run. You can afford it even with a lower budget. Of course, we recommend you study in detail each project in which you plan to put your money and make sure that all things are adequately secured and, well, but you know best…