In today’s Technical Analysis Series, we shall take a look at the Head and Shoulders price formation (Head and Shoulders – H&S). It is a very specific scheme capable of reversing a trend, much like a double top. H&S is less common; however, it has a higher completion rate – in conventional markets, this pattern reaches its target in about 85% of cases.

The name of the price formation implies a lot about what it looks like – the price creates a peak (left shoulder), then a higher peak (which represents the head) and finally a lower peak (right shoulder). But the peaks are not the only thing that matters. The most important part is the so-called neckline, which is the support level to which the price must return after the creation of each peak.

The whole thing is better illustrated in the following scheme: 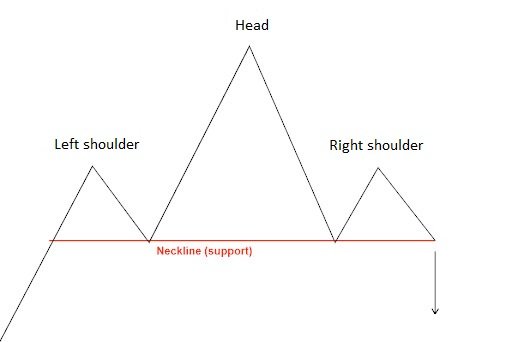 Very much like with the double vertex formation, in order to consider the Head and Shoulders formation complete, the price must return back to the neckline when the right shoulder is completed and breakthrough this support. It is therefore necessary for at least one candle on the monitored timeframe to close under the neckline, in which case the formation is considered complete and we should expect a further decline in price.

On the following picture, you can see what it looks in practice. 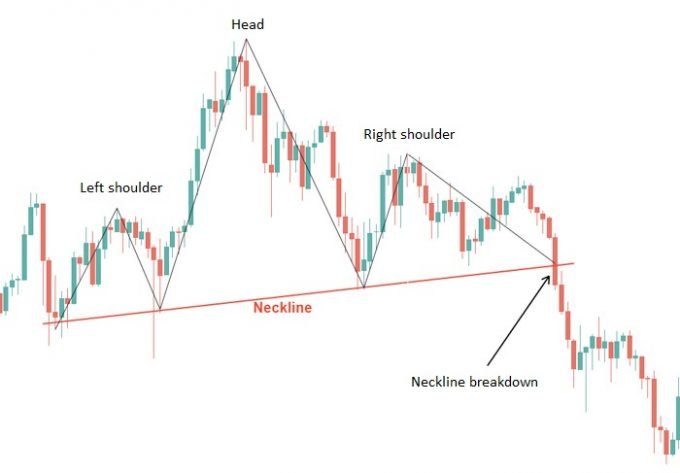 Head and Shoulders formation in practice – the breakdown

Traders often speculate on the price drop even before the neckline breakthrough. This is a mistake because regardless of the formation, the neckline is a support that can still bounce the price back up.

An example of this may be the following situation shown on the graph below, where the H&S formation had actually depicted, but then the price bounced off the neckline and continued up higher. 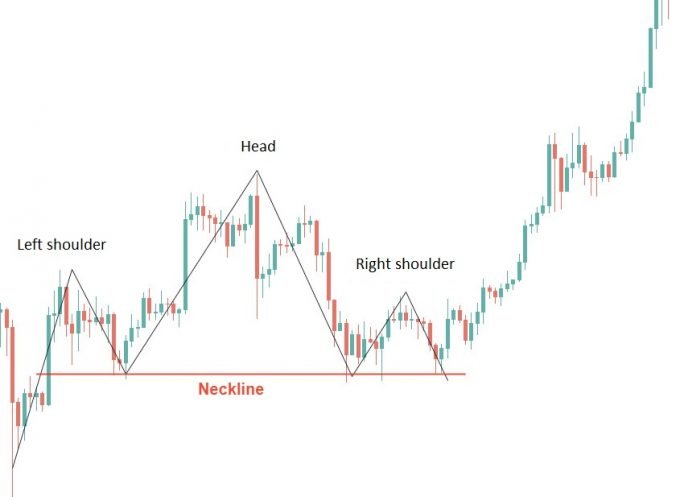 The Head and Shoulders formation in practice – the Bounce 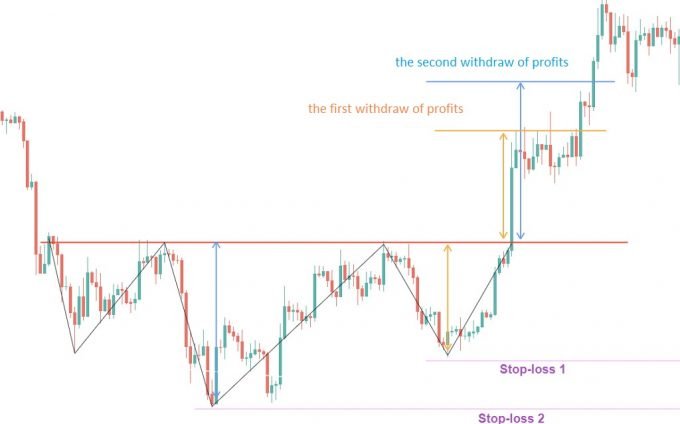 The Inverse Head and Shoulders formation

Variations of this formation

In this article, we have so far only gone through ideal examples. In real trading, however, you can encounter primarily two other different variations:

Both of these variations are very well illustrated on the example of the Inverse Head and Shoulders formation as seen below:

Variation of Head and Shoulders formation

The important thing to know is that even if both variations ruin the appearance of the formation, it doesn’t really matter as even in this case, the formation is absolutely valid once it goes through the neckline.

In most cases, this formation is known primarily as a reverse pattern, one which is reversing the direction of the trend. So, if we consider a downtrend, at the end of which the Inverse Head and Shoulders formation appears, we can expect this formation to reverse the trend; at least in the short term. The following image serves as an example:

Here is an example: 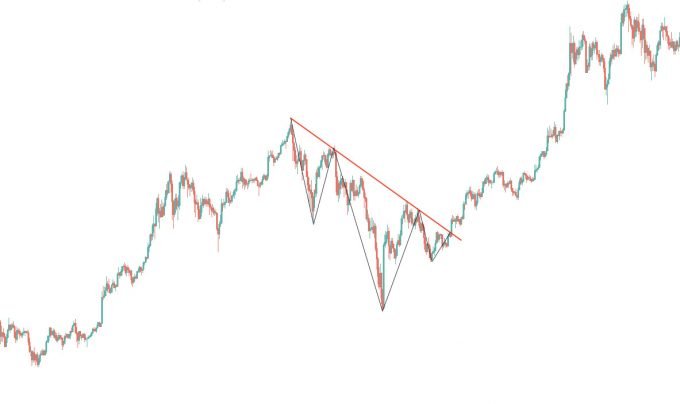 Reversing of a trend in the Head and Shoulders formation

How to place Stop-loss and Take profit orders

Sure – if you think you can estimate how the price will behave, you can open a trade and start making money. But how to set up such a trade?

The stop-loss order can generally be put in two places – either above the top of the right shoulder or up the highest peak of the formation, i.e. the top of the head.

You can also choose from two levels when placing the take profit order or use both.

Let’s again show the placing of the stop-loss and also the take profit on one of the previous examples: 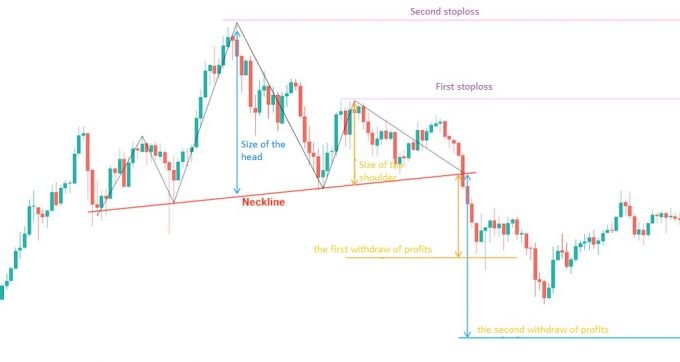 Stop-loss and Take profit Settings for Head and Shoulders formation

That’s all for today’s article. We hope that you have learned something new and that all of your price formation trades will go as planned. 🙂

If you’re not clear on something, please let us know in the comments below the article. We read them on a daily basis!