Monero Cryptocurrency – Does it tackle anonymity? 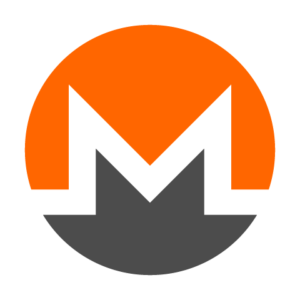 At its official website Monero, is presented as a secure, private and untraceable cryptocurrency. Monero uses a special type of cryptography to keep all transactions 100% untraceable and hence, anonymous.

Even though bitcoin is said to be an “anonymous cryptocurrency”, it’s not absolutely true. Read more to find out what is the difference between the two currencies.

In a nutshell, Monero is open-source and accessible to all. It doesn’t use any central server to record all transactions. One of the main benefits is low fees. The more transaction in the network, the lower the fee. All transactions are stored in two-minute intervals into a block and then put together into a blockchain – similar to litecoin. Transactions are validated through mining, the same as other major cryptocurrencies.

Everybody knows that Bitcoin was created in 2009. In 2012, it was followed by a “rival” Bytecoin, the first real implementation of CryptoNote. (CryptoNote is an underlying protocol used for the creation of numerous cryptocurrencies, very similar to the one used for  bitcoin).

The problem was that 80% of coins were pre-mined by the authors of this cryptocurrency. This was bad news for Bytecoin. Therefore, it was decided to split the currency and create a new coin called Bitmonero, later shortened to Monero. This new blockchain adds a new block every two minutes, about five times faster than bitcoin.

Monero is controlled by a core team of seven developers, five remaining in anonymity and two revealing their identity: Davida Latapie, and Riccardo Spagni.

In the second half of 2017 you may have noticed a strange phenomenon: Monero mining websites. The case was that some web administrators installed a javascript code into their websites, which then led to illegal use of the computers of their visitors. Browsing over the internet and reading texts on the websites, the visitors unwantingly mined the cryptocurrency, which ended up in the pockets of the website owners.

What is so unique about Monero?

Monero has become popular thanks to a few unique features:

As opposed to bitcoin boasting its openness, which means that your transactions can be tracked down to the origin by anyone anytime, Monero’s mission is to be absolutely anonymous. All transactions are hidden. No miner, government, police, not even your mum will see any of them.

The blockchain of Monero has no limit and is dynamically scalable. Unlike bitcoin, Monero has enjoyed a long-term and stable growth. New coins are being pumped into the network. Monero supports only few hardware wallets. The transactions fees are low. While in bitcoin the fee grows with the number of transactions, in Monero this is the opposite.

As already mentioned, Monero has been steadily growing for a long period of time. It was created after a fork from Bytecoin. The mining time was reduced from 120 to 60 seconds and the reward for mining a block halved. Later the mining time was set back to 120 seconds and the reward doubled. After the launch, speculators made the value plummet to a few dollars. Lower demand resulted into a fall. Few months later, the crypto recovered and stabilised at 0.5 USD/ XMR. In the next year, the value of XMR oscillated between 0.2 and 1 dollar.

2016 was a breakthrough year. The rate grew sharply mostly due to illicit trading at AlphaBay. In 2016, the value skyrocketed by 2760% (bitcoin 119%). The upward trend went on in 2017. In late May, the company admitted that there was a big flaw in the system enabling to generate an unlimited number of coins. The market reacted by falling from 60 to 30 dollars. After that the rate quickly returned to the previous level and continues to grow.

Where and how to buy Monero

You can buy Monero online via exchanges such as Bitfinex or Binance or through mining. To keep your coins safe you can download a wallet onto your PC or use a web wallet My Monero. There are also various wallets for smartphones but these are not trustworthy. When creating a wallet you will get a private key that you must keep in a safe place. Monero is divisible into 12 decimal places. The smallest unit is piconero. It is estimated that within the next eight years, the number of coins will reach 18.4 million.