In the previous episode of technical analysis (Part 10: Technical Analysis – Candle Formations), we described candlesticks formations, for example pin bar, and three line strike. Now it’s time to show you other candle formations. But first we need a bit of theory.

Traders of price action consider that this is all that is needed for trading. According to them there is no need to use any indicators or other instruments, because they always just reflect what happened in the market in the past. Therefore they are useless and they only distract you from the real price and are unable to predict the future.

As a signal to open a trade position, we can use different candle formations from a chart (pattern and formations). We can map the actual situation on the market by price action analysis and by identifying quality patterns. Such pattern may provide us with a signal to open a position. If at the same time there are also other factors of the market which are in our favor, we can be sure that it is a very good quality signal. 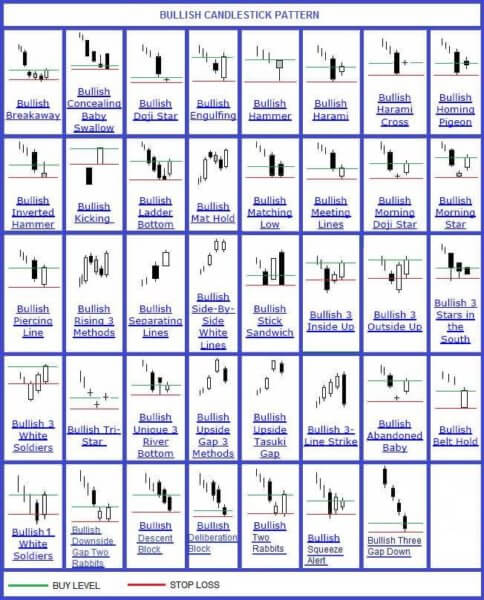 A few of formations that are formed during downtrend

There are dozens, maybe even hundreds of various candlesticks formations. I would even say that most of them are nonsense that people invented just to make something up. See the picture above, which summarizes a little what everything you can find in a chart. However, we will focus on the candle formations that make some sense.

How can you recognize these formations?

I’m not going to describe it too much, we can directly check out some examples in the charts and in the real world of trading. BTW if you want a cool article about it, check out candle formations strategies. 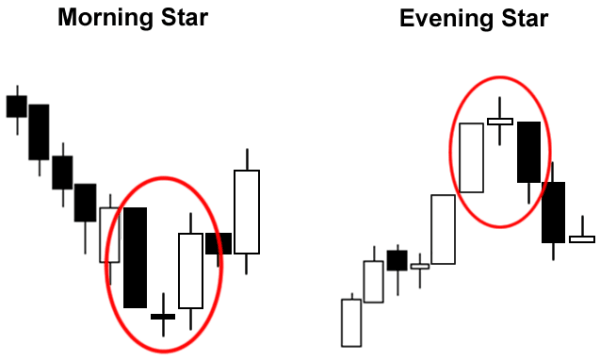 In both examples above you can see lines that help to distinguish when the trend reversal could happen. These lines are of course part of out successful strategy BERSI Scalp.

Do you want to know more about that strategy? Go to: http://bersistrategy.com.

This formation can be used for the confirmation of the rotation. Although this is initially the downtrend reversal pattern, it is possible to use this candle formation also vice versa. Piercing pattern formation is very well shown in the video below, but for any case I am also going to describe it.

A video by IQ Option

Trade on a demo account from IQ Option in 3 minutes.