Home » Articles » Cryptocurrency Exchange Tokens – How Do They Work, and Can They Be Profitable?

Cryptocurrency Exchange Tokens – How Do They Work, and Can They Be Profitable? 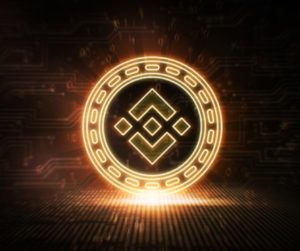 You have certainly used cryptocurrency exchanges before, as cryptocurrency trading would not be possible without them. But have you ever heard about their tokens? Binance, for example, one of the largest stock exchanges, has its Binance coin.

But what are these tokens for? Are they just another useless way of using cryptocurrencies?

The cryptocurrency exchange tokens act as so-called utility tokens or service tokens. They possess certain features and they are used as payment for respective services or products. However, they also play the role of security tokens (security in relation to the importance of stock shares, not safety), which we hold so we could speculate on the growth of their value.

The tokens serve primarily to build the loyalty of traders to a certain exchange, its promotion and for the participation of token holders in some of the company’s decisions. As another feature of stock exchange tokens, a reduction in transaction fee should be mentioned, for it is probably their main advantage. Now, let’s take a look at fees and charges required by some stock exchanges.

The transaction fee for Bittrex and Coinbase Pro is 0.25%; for Poloniex and Bitfinex it is 0.2%. Binance goes a bit lower, with its fee of 0.1%. You should know, if you own their tokens (Binance Coin BNB) and use them to pay the fees, they will be reduced by half. With regular trades and larger amounts, this makes a noticeable difference when it comes to the status of your cryptocurrency wallet.

At this point, we’re going to pause for a moment and focus on the token launched by Binance. 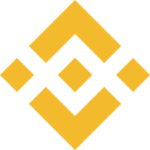 In addition to the aforementioned reduction in fees, Binance Coin has several interesting features and functions. You can find all its features here.

Furthermore, it is one of the few coins that already has real and practical use and transparently shows where its value comes from. Binance has been launched in 2017, and in just one year it has gained over 10 million users. In 2018, Binance earned half a billion dollars, which is pretty decent growth, don’t you think?

Another factor affecting the BNB price is the fact that every three months Binance buys some of its tokens back and burns them. This ongoing reduction of the available amount of coins should remove 100 million coins in the future, which of course means a further increase in its price.

However, the number of BNB coins is not the only thing that will be different in the future. Unfortunately, the transaction fee discount will be reduced during four yearly waves, with the fee first decreased to 25%, then to 12.5%, then to 6.25% and finally, the discount feature will no longer be available. Still, the traders are offered decent opportunities for at least the first few years.

For comparison, we shall now describe the properties of a few more selected tokens to show you whether they are worth using or if it is worth investing in them.

In January 2018, the Huobi Token was created by the Huobi Stock Exchange, which also allows you to reduce transaction fees. The stumbling block, however, is that in order to get a rebate, you have to pay a monthly fee of 120 HT for a 10% reduction up to 12,000 HT for 50% reduction. The HT price at the time of writing this article is $ 1.23.

Another very interesting model was chosen by the ABCC Exchange with its AT token, which runs on a classic Ethereum blockchain as the ERC-20 Token.

In addition to voting on stock exchange changes, its holders may receive a regular daily remuneration (similar to dividends paid to shareholders).

ABCC distributes 80% of its profit in the form of USDT, BTC, and ETH amongst the ABCC token holders. The amount of remuneration depends on the number of ATs. They are to be considered as some sort of “shares” of this stock exchange, and in this particular case, the token very well combined its utility and security function. We have gotten into more detail about the distribution of rewards in our ABCC Exchange Review.

Is It Worth Investing in Cryptocurrency Exchange Tokens?

In the comparison of exchange tokens with other “classical” coins, it is important to realize that while in the case of other coins we often wait for the result of their in whitepaper outlined project and hope that it will eventually work (and that it is not a scam), that is after their ICO’s announcement, in the case of exchange tokens the strength of the exchange supports the project, and they often have practical use since from the very beginning (you need to be vigilant, of course, as many stock exchanges have made mistakes).

Also, be aware of suspiciously profitable tokens, such as the infamous BitConnect.

At the moment we are facing bear market and trading volume on stock exchanges is not as bulky as it was at the end of 2017. Cryptocurrency stock tokens, as well as the entire market, suffered a loss, but you can be sure that when the market turns around, the trading volume will grow, and the prices of tokens will increase. Of course, you should always have your portfolio distributed to other projects.