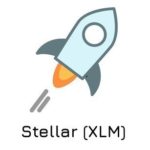 Billions of dollars on one side, fractions of cents on the other. In the between, one decentralized platform, destined to change the world of micro-transactions. A world, in which a few cents may separate hope from poverty. What is so unique about a platform called Stellar?

The failure of one plan is an impetus for a next one to come. In 2014 when the crypto exchange Mt. Gox went bust following a theft of hundreds of thousands of bitcoins, the co-founder Jed McCaleb had already had a plan to launch an open-source platform called Stellar, introduced three months later on 31 July 2014.

The token of the decentralized platform is called lumen, also known as XLM. On the launch day, a staggering amount of 100 billion tokens were released. 25% of this amount is held by the Stellar Development Foundation, an organization in charge of the operation and promotion of the system.

The above organization acts, but not only, as an umbrella for one of Stellar’s primary efforts, fighting poverty. The Stellar Development Foundation is working on the implementation of a micro-loan system in Nigeria, a third-world country in which the vast majority of the local population can’t afford traditional banking services.

The Stellar Development Foundation is extending its scope of activities into other underdeveloped countries such as the Philippines, India and some West African countries. In each of the countries, the implementation of such a system would be a revolutionary step in fighting poverty.

The majority of the population of the mentioned countries can’t open a bank account and – even if they could – the transaction fees would be too high. Stellar bypasses this problem by low transaction fees worth around 0.00001 lumen. It is a negligible amount, about (USD 0.295712 as of 5 June 2018),

The low transaction fee is also an efficient protection against overloading the network with unfair competition. All transactions are only available to individuals holding at least 20 lumens. This works as a barrier against “spammers” attempting to overload the network through millions of minimum-cost transactions.

Point to remember: Low transaction costs plus short processing time are the two advantages of the system. While bitcoin requires long minutes for each transaction, Stellar verifies the transfer within 2 to 5 seconds. A similar approach is offered by litecoin, whose processing of transactions is, compared with bitcoin, four times faster and cheaper.

Video: money moving across the platform

Stellar transactions are processed, similarly to the majority of other cryptos, by using the computing power of computers across the world. The key differentiator of Stellar is its absence of traditional mining. Stellar Lumens can’t be mined in the same way as bitcoin or monero.

Contrary to these, the new tokens are not a reward for mining blocks but will be released according to the inflationary model assumed in the white paper. Each year, 1% of all lumens in circulation is sent as a reward to those receiving votes from at least 0.05% of the current token holders.

Purchase and holding of Stellar

The market capitalization of Stellar as of 5 June 2018 was USD 5.49 billion. Lumens are traded at numerous exchanges, one of which is a well-known Binance. For the time being, the lumen can be exchanged for the most popular cryptocurrencies such as bitcoin, ethereum or litecoin.